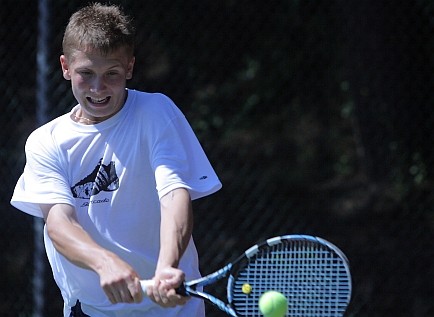 Congratulations to Jenya Pereverzin, who made it to the finals of the Mike Agassi NO QUIT Championships. Jenya worked his way from the round of 32, to the finals where he lost in a close match to the first seed, Denis Nguyen. In the five rounds that Jenya played, he defeated many top ranked players, and the fifth seed Brandon Debot. Jenya also competed in doubles with partner Michael Shaeffer. They won their first two matches, but lost in the semifinals to the first seeds in the tournament. All in all, great job Jenya!